Marin Voice: I saved my trees from sudden oak death; you can, too

In the April 14 Marin Master Gardeners feature, “How to get involved in the annual sudden oak death survey,” Martha Proctor wrote, “There are no known methods to arrest the spread of the disease once trees become infected.” She added: “Applying a preventative phosphonate to oaks at risk in the fall is currently the recommended treatment.”

Planet of the Humans

Planet of the Humans is a 2019 American environmental documentary film written, directed, and produced by Jeff Gibbs. The film was executively produced by Michael Moore.

It all started in 1995 when Ken Bovero, a certified arborist with Marin County Arborists, called me in to a site in Kentfield, CA to look at some oaks and madrones that were dying.

Sudden Oak Death Not So Sudden

Before we can begin to evaluate a tree decline complex, we must all begin to agree on one fact - that trees worldwide are dying at an unprecedented rate.

Although sudden oak death is only thought to occur in the Western USA. I survey accomplished in 2004 turned up 3 SOD positive trees on the east coast. In my opinion, SOD infection is just a symptom of a greater problem of acidified ecosystems throughout the world.

Etiology and Evidence of Acidification in Hemlock Decline

Tsuga canadensis - Canadian Hemlocks throughout the East Coast are declining and dying. Numerous specimen trees hundreds of years old have already died in the Smoky Mountains of North Carolina.  A homopterous insect ( adelgid) commonly known as the hemlock wooly adelgid (HWA) has been blamed for this decline and death.  This trial in New Hampshire will attempt to link this decline with other declines worldwide known to have been linked to soil acidification which predisposes trees to secondary insect infestations.  Acid rain and the role of mosses and lichens have already been proven to play a role in tree decline complexes CA acidity report2004.doc

In November 2021 50 Tsuga Canadensis- Eastern Hemlocks were pruned, tagged and treated with potassium phosphite mixed with pentrabark at a 1:2 ratio as a basal bark spray.  Some trees were also treated with dolomitic limestone and the base of the tree where mosses are plentiful.  These trees range from 12-45" DBH and are on a North Slope.  Some trees are lightly infested with the adelgid and others have no infestation and others are heavily infested.  We have noticed the older trees have a higher level of infestation of the insects.  The soil was also tested and found to be strongly acidic between 4.5-5.0. 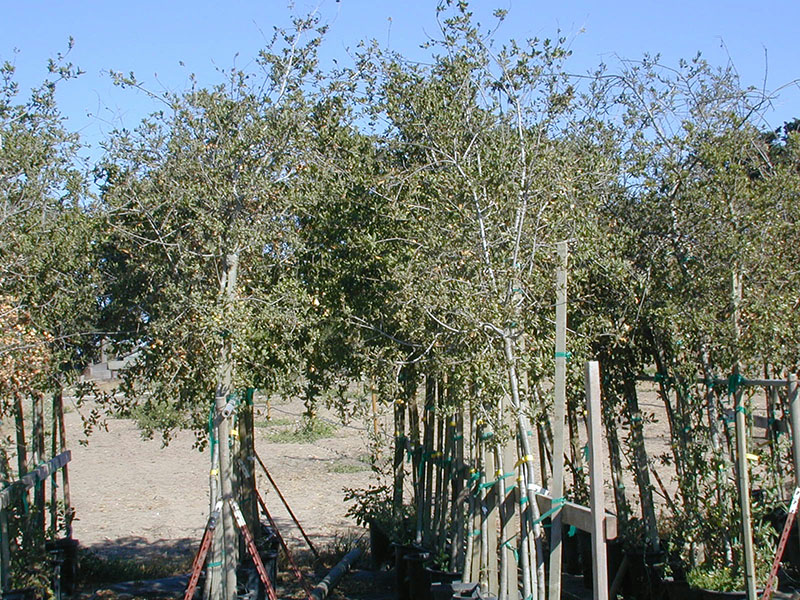